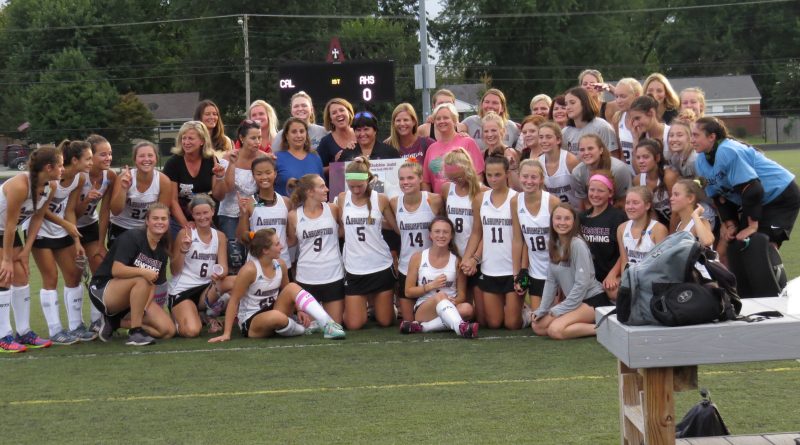 To most students at Assumption, Debbie Judd is only known as Ms. Judd, a science teacher. To others, she is also known as Coach Judd because of her work as Assumption’s Field Hockey coach. On September 6th, Judd celebrated her retirement with a party thrown by the field hockey and athletics program. Before the festivities, the varsity field hockey team played Christian Academy of Louisville, winning 2-1 by scoring the two goals in the last two minutes of the game.

“l’ll miss coaching these girls the most,” she said. “It’s always been the girls that have been my favorite thing. It’s the individuals, with their specific strengths, that make up the team.” It is obvious that the players love Judd just as much as she loves coaching them too. Near the end of the game, the side fence was packed with field hockey alumnae, waiting to get on the field to say hello to their beloved coach.

Jody Schaefer, also on the Assumption faculty and the former assistant field hockey coach, has risen up into the position with a strong lead of 6 wins so far.

Don’t worry though. Judd is still going to be the science teacher we know and love. Though it is sad to see such an amazing coach and person move on, Judd plans on spending as much of her rightfully earned free time as she can with her family and travelling to watch her field hockey alumnae play in college.