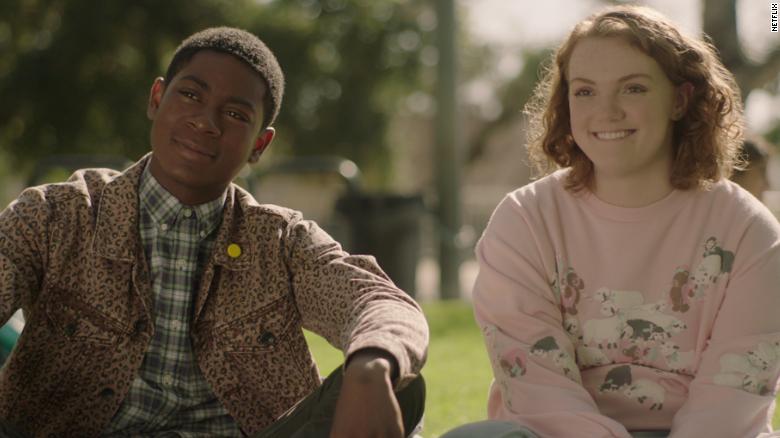 *THIS REVIEW CONTAINS SPOILERS TO SIERRA BURGESS IS A LOSER AND OTHER NETFLIX ORIGINAL ROM-COMS. READ AT YOUR OWN RISK*

Sierra Burgess Is a Loser is the latest installment of Netflix Original’s teen rom-coms. I’m going to come straight out and say that in my opinion, it is a bad movie. It is not bad filmmaking, but today it isn’t that hard to make a film with good production value and good aesthetics. This makes the storytelling aspect of filmmaking much more important though. Netflix has been falling into the hole of making films with good production value but lackluster storytelling. Some examples of these movies are The Kissing Booth, Alex Truelove (the best of these movies), To All the Boys I’ve Loved Before, and Sierra Burgess Is a Loser. These movies all have one thing in common: they’re all teen rom-coms. Each of these movies are bad because they all rely heavily on stereotypes. Anyone with a critical eye can tell that these movies were heavily edited and packaged by middle-aged producers who are trying to be “relatable” to “the kids these days.” But this isn’t the most damaging thing about these movies; they all present a moral dilemma in which the main protagonists’ choices send a bad message to the viewers. For The Kissing Booth, the message is to ignore your best friend’s wishes for you to not date their older brother. For Alex Truelove, the message is to not be honest with your significant other and then be a jerk to them after they break up with you for not being open about your issues. For To All the Boys I’ve Loved Before, it is to lie to the whole school about being in a relationship in the hopes of making someone jealous. For Sierra Burgess Is a Loser, the message is to catfish the boy you like with the help of your friend, then turn on that same friend when things go awry.

All of these films show a protagonist who does bad things and, in the end, has no consequences. And the worst part about this is that if I was a thirteen-year-old watching this movie, I probably would have loved it. This kind of story is damaging for young viewers who will see stories like this and begin doing bad things in their own lives, expecting no consequences.

Sierra Burgess draws from the type of rom-coms that I grew up with like Clueless and Mean Girls. But unlike a film like Mean Girls, Sierra Burgess has no redemption for the protagonist’s bad actions. Sierra Burgess never apologizes for her actions and leaves it to Veronica and Jamey to fix the problems that she created. This movie just passes this off as “oh she’s insecure, she’s allowed to do these things.”

Another problem I have with this film is the misogynistic nature of it. In a film like Mean Girls, the story begins with the story revolving around getting a boy but ends with a bigger message of friendship and forgiveness between women. In Sierra Burgess, the whole story revolves around getting the boy with little to no emphasis on forgiveness or friendship between the girls.

Sierra Burgess is a bad example because she is basically stalking Jamey. He is sharing his deepest emotions and secrets with someone he thinks is Veronica. The point is that he gave consent to Veronica to know this information, and later to kiss him – not Sierra. She also is very quick to turn on Veronica. Right after she sees Veronica and Jamey kissing because of the ploy that she wrapped Veronica into, she immediately embarrasses her in front of the whole school. She also fakes being deaf to try and save herself from being found out. This type of behavior does not deserve getting the boy at the end of the movie.

Despite all the hate I’ve been giving this film, there are some elements of intelligent storytelling that I like in this movie. This whole movie is a call back to the original story Cyrano de Bergerac, a film about a soldier named Cyrano who helps his friend write letters to the woman he loves, Roxane. Roxane ends up falling in love with Cyrano’s words, and Cyrano helps keep up the façade for his friend. This is a good modern adaptation of a classic story, even if that story sets a bad example. I also like that when Sierra and Veronica are discussing the book A Picture of Dorian Gray, Dorian is the symbolism for Veronica’s character. Dorian is someone who everyone thinks is perfect, because he looks perfect – similar to the way people think about Veronica. Sierra says this eventually lead Dorian to losing his soul, translating to Veronica losing her soul if she only bases her worth off of her looks and popularity. Lastly, I like when Sierra’s father quotes George Eliot when trying to cheer Sierra up after everyone finds out about her catfishing. I like this because George Eliot is the penname for Mary Anne Evans, a famous writer, who used this name to get her books published. This is clever because it relates to Sierra pretending to be someone she wasn’t to get what she wanted.

Overall, this movie is not a good or realistic example of love and life. Its backbone is teenage stereotypes and only perpetuates the notion of a social hierarchy in high schools. When I first saw this movie, I wanted to blame the filmmakers for the bad message that this movie was sending, but after ruminating on this subject, I don’t blame the filmmakers; clichéd writing is sometimes what one has to do to reach a mass market. Not everyone is a film critic, and not everyone understands art, so, if this is what filmmakers have to do to make a paycheck, I understand.