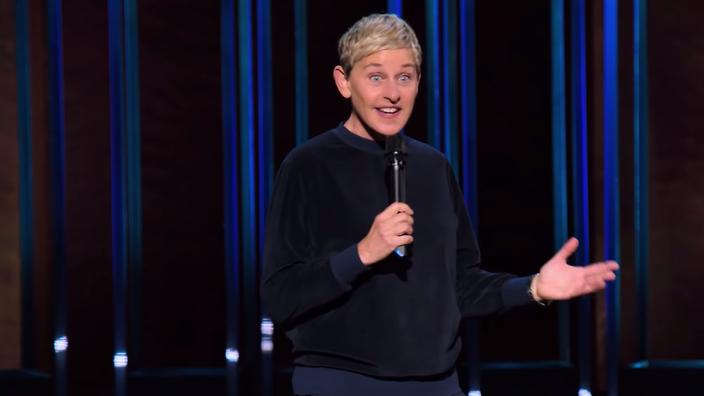 Ellen DeGeneres has made her way back to the stage performing stand-up in her new Netflix special Relatable. I’ll be the first to say that I love Ellen, but I feel that the topic of relatability in her comedy special left much to be desired. Ellen has become such a big star that it’s hard to remove her from her fame and her image as a talk-show host.

For younger audiences, like myself, Ellen has always had this persona of the generous (no pun intended) talk-show host. This is due to her being out of stand-up for fifteen years, making the last time she was performing a time where she had a lot less fame and fortune to her name. When watching her new special I laughed and enjoyed her silly jokes but couldn’t help from seeing her as someone who was trying too hard. I felt like Ellen was falling into the stereotype of “the cool mom” role that Amy Poehler played in Mean Girls, where she kept on insisting she was “cool” but in reality, was just cramping on her kids’ style. This in addition to her fame and fortune, unfortunately, sets a barrier between the youth of today finding her comedy relatable.

In comparison to other comedians today, Ellen is very clean and stays politically correct. This is one of the things that redeems her comedy for me and makes me look up to her. Her clean comedy reminds me of another popular comedian, John Mulaney. Mulaney is someone who is undeniably relatable, especially to young people. This is where Ellen and Mulaney differ – while both have a distinctly positive and clean comedic style, only one can really relate to youth. Why does Mulaney do this so much better? I think that Mulaney relates to people, especially youth, more because he leaves no barriers up when he does his comedy. When Ellen discusses her personal life in her comedy, I feel that she keeps the audience at a certain distance, never letting people see her for who she truly is, feigning relatability. Because of her need to maintain the role of the happy and generous host, the relatability she preaches is never truly achieved.

Ellen DeGeneres has made her way back to the stage, but she still has a long way to go, in my opinion, if she wants to be a comedian that can connect to everyone. Her story is one that I greatly respect, and her special Relatable is still worth a watch, but she is lacking that certain something that connects other popular comedians to today’s audience. Overall, I give her new special a 7.5/10.