Last but not least is our Volleyball Team.

The volleyball team finished with the record of (36-6). With the team having a rough start they for sure finished on a strong note. The volleyball team had defeated the nationally ranked Mercy during the regular season and gave Mercy their only two losses of the season. They were the Asics Challenge champions, District champions, and Regional champions and topped the season off with their 18th State Championship. The team was led by 8 seniors. 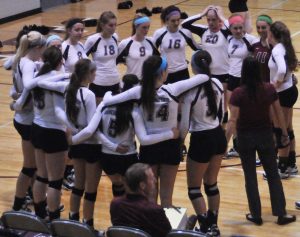