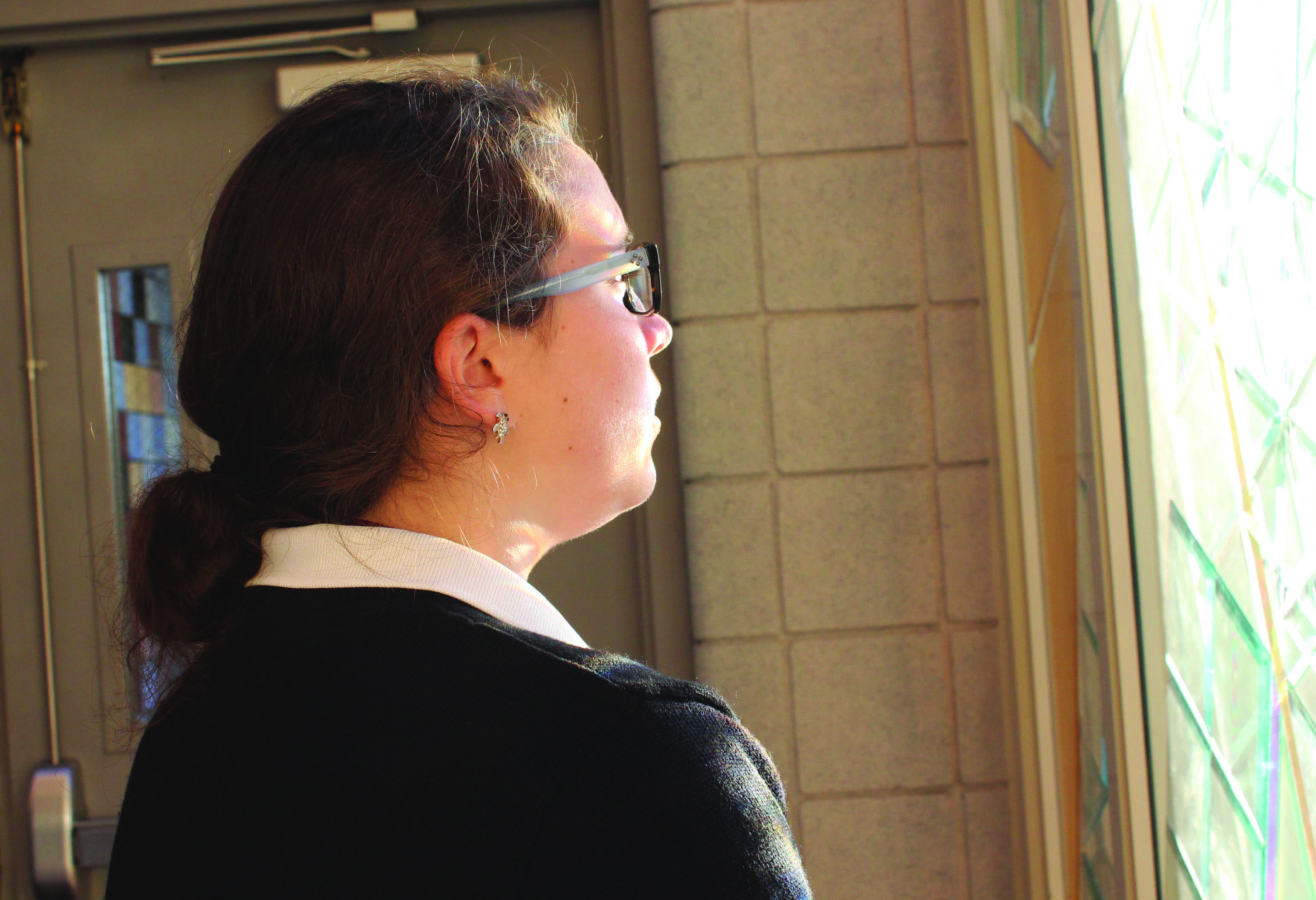 Erin Cahill, Junior, is involved in Rose Theater Company. At first she admits she didn’t know many people at Assumption. She thought she would have a hard time making friends but thanks to Assumption, it has opened her up to new opportunities.

“Rose Theater was something to do and something that I found that would be interesting.”

Erin joined Rose Theater and found it was a great way to get involved. She could also said that she could be herself and show who she really was.

“I wasn’t the coolest kid and everyone had a bunch of friends and so I thought I would be the one who wasn’t a part of that group.”

She found herself and a good group of friends that cared a lot about her. She thanks Assumption for giving her the opportunity to open up and be herself. Erin has found her passion and thanks to Rose Theatre, a family she can truly count on. She likes that she can open up to her friends and share some of her similarities and not have to pressure of boys being around Assumption. Erin treasures the choice of coming to Assumption and can’t wait for the rest of her years here at Assumption.