The annual prevention assembly this year was focused on drinking and driving. Drunk driving has become a major problem in the U.S.

Two representatives from MADD, mothers against drunk driving, came and showed a very emotional and influential video about the dangers of drunk driving and the reality of it.

Freshman, Emily Boyce stated “I learned from the assembly today that 1 out of 10 people have been either involved in or been affected by drunk driving.”

Following the assembly peer leaders spread out around the school and talked to all homerooms. They discussed statistics, facts and advice on what you should do if you are ever put in the situation of getting in the car with someone who is under the influence. 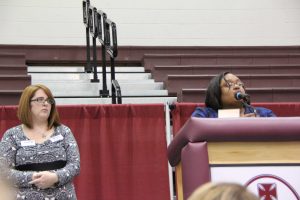 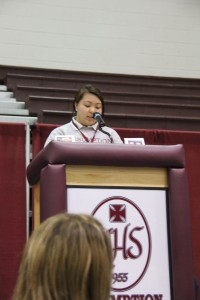