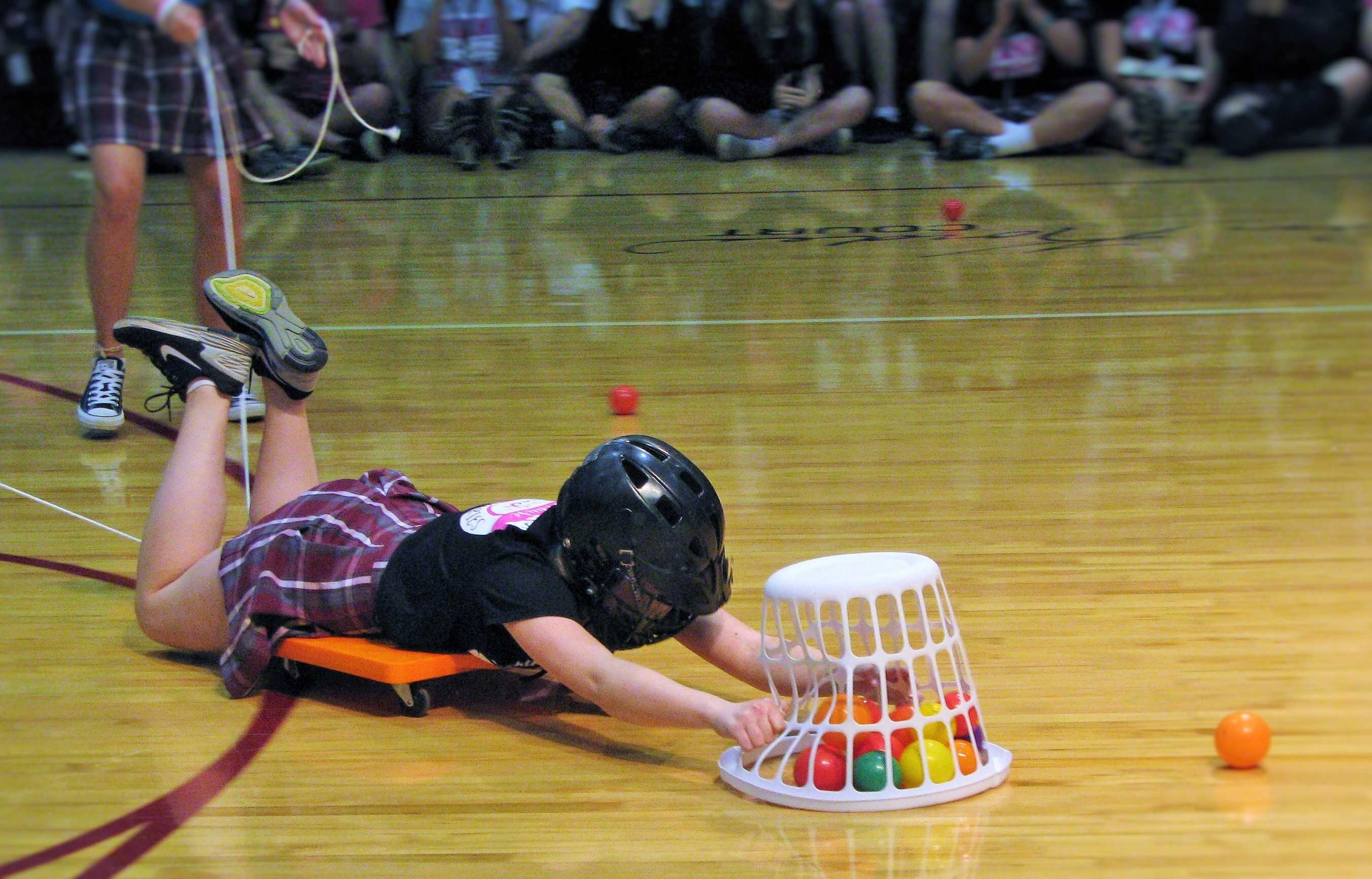 ​The entire Assumption High School gym was packed with excitement Thursday afternoon as the community celebrated another season of accomplishments. The students were very enthusiastic while lacrosse, softball, tennis, track and field, the pink and white team, mini marathon runners, and scholar athletes were recognized. As the teams sat in the center of the gym, each senior was presented with a small, special gift of gratitude for displaying leadership on their team. “My favorite part was how the seniors were honored and how they got their special moment in the spot light,” said Ms. Johnstone, a theology teacher.
​Not only were the spring athletes honored, but the pink and white team was also acknowledged. In order to get everyone pumped for the game, senior, Abbey Sullivan created a video that was shown during the pep rally. “The best part of the video was the intimidating ‘game faces’ they gave in the video”, said Ms. Johnstone.
“My favorite part of the video was when team pink confidently said “We are team pink,”’ said Freshman Audrey Cissell.
​Another activity done during the pep rally was a human version of hungry hippos which included four participants from each grade. The goal of the game was to see which team could collect the most balls. One person on each team laid on their stomach on a scooter and held a laundry basket out collecting balls underneath it. Then, they had to give the balls to another team member while the other two pushed them back out to collect more balls. Just as the rockets were hungry for a win in the pink and white game, the students participating in the friendly competition were hungry to win.
The sophomores and juniors came out on top of the first round. In the second round, a four member group of the faculty and staff battled against the sophomore and junior teams in hopes to steal the big trophy. The juniors came out on top, winning the trophy and a prize from Student Activities.
​
Article by S. Fussenegger and C. Kaninberg

5 thoughts on “Pep rally makes Rockets hungry for a win”