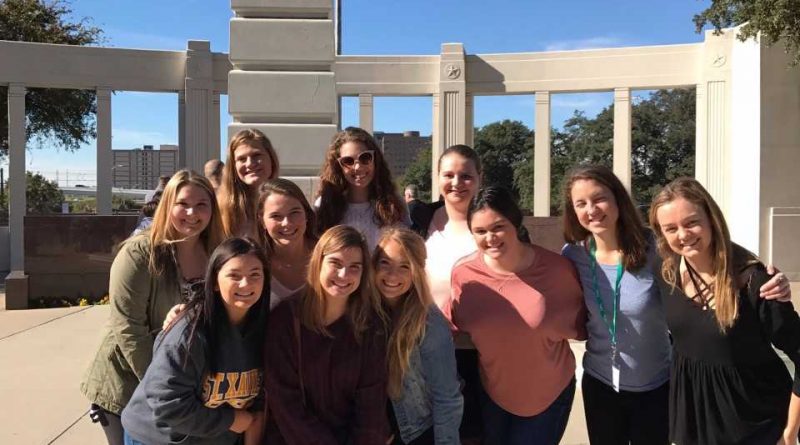 Dallas, Texas is a vast city packed with personality, so it’s fitting that the spunky Journalism class spent four days there for JEA-NSPA convention. This convention allows student journalists from all over the nation to meet in one place to learn about journalism and compete. However, this year, the girls in the Journalism II class got to experience a little bit  more than Journalism. With a few extra hours before their flight home, the girls got the chance to go to the Sixth Floor Museum, which commemorates the assassination and legacy of President John F. Kennedy.

After the convention closing on Sunday, November 19th, the girls left the Hyatt hotel, and walked to Dealey Plaza where those infamous shots rang out on November 22, 1963 at 12:30 PM. Before entering the museum, the girls viewed the places on Elm Street where JFK was shot, each marked with an X. People ran into the street to take a picture with the X despite the fact that traffic was still moving.

The outside of the museum is not extraordinary. Looking at it, it looks like a school book depository, which is exactly what the building was in 1963. The outside of the building has not been touched. It looks relatively similar to its former self. The inside, however, is quite different. The bottom floor has been transformed into a lobby where visitors are offered a headset to listen to the tour if they choose. After waiting in the lobby and receiving a headset, visitors take an elevator up to the sixth floor, where Lee Harvey Oswald positioned himself to shoot JFK in 1963.

The sixth floor has a certain solemnity to it. Visitors are nearly silent, listening intently to the headset. The tour begins with the beginning of President Kennedy’s life and takes visitors through his early career up until his election. The tour then turns towards the politics part of his life, explaining his role in the Bay of Pigs invasion, the Space Race, and Civil rights. Next on the tour is the trip to Texas for political reasons. Visitors delve into JFK’s arrival in Dallas and the moments right before his assassination. One of the most poignant parts of the museum was the recreation of the space where Lee Harvey Oswald positioned himself for the shot. The boxes are placed exactly how they were originally found. Senior Sarah Michels describes the scene as being “so tangible and real”. The museum covers the investigation, the conspiracy theories, the funeral, and most importantly, the legacy of JFK. Visitors left the museum how the entered: silent.

The museum was interesting, but it hit home in a special way as well. Michels said, “Knowing all of the background and details, I now understand the fascination behind Kennedy and his death much more.” Seeing the Sixth Floor Museum allowed the girls to experience and truly appreciate the legacy of President Kennedy. 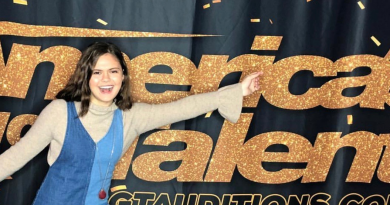 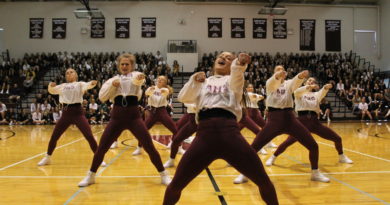