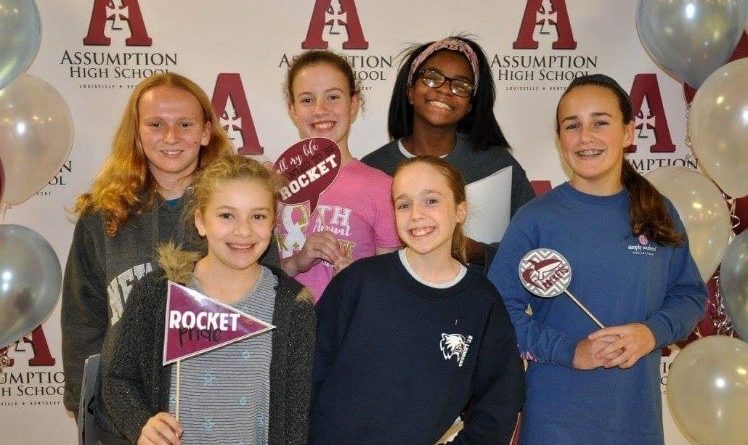 On November 30, 2017, Assumption hosted the annual Open House. Everything that makes Assumption, Assumption was displayed. From sports to arts to classes Assumption really showed off everything they offer. Although these aspects of the school are certainly important, the community feeling was definitely a strong factor. The students were enthusiastic about what they were talking about, and the overall feel of the night was energetic. Walking in the doors, the feeling of being welcomed with open arms was overwhelming.

This year, there was a record breaking number of girls who attended open house. In 2015, 490 students were recorded. Last year 545 students attended, and this year a whopping 668 students walked through the Assumption doors!

Each girl who attended open house received a gift bag. The gifts this year were fantastic. They received a Pop Socket with the classic Assumption “A” on it and a white insulated water bottle with the “A” on it as well.

The students were excited to show off their school, but also their second home, to the guests. The leadership shown was nothing less than excellent. “I had so much fun, the girls were always smiling and showing me cool things. I’m already excited to become a rocket next fall,” said Rachel Porter, Class of 2022. The current students at AHS want future rockets to feel like a part of the community. AHS always brings a different atmosphere to their open house, and it is exciting to see how much Assumption has to offer. 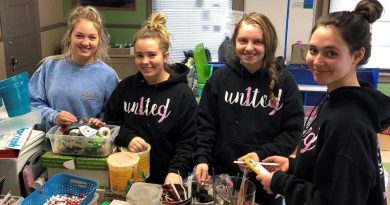