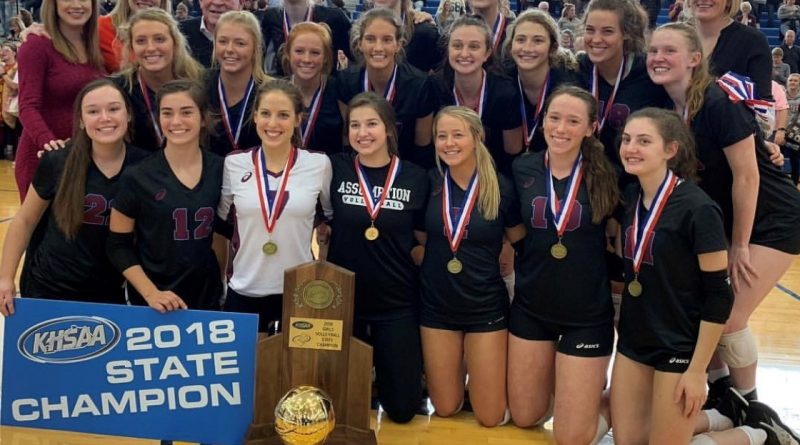 The Assumption Volleyball Team took home their 21st State Title, and 6th National Title on Sunday, October 28th. The volleyball team battled against the Mercy Jaguars for the State Championship at Valley High School. The two teams endured four nail-biting sets, but Assumption prevailed. The Jaguars took set two of the match with leading performances by Jayme Scott and Elena Scott. The Rockets had leading performances by Callie Martin, senior, who was named MVP of the tournament and juniors, Anna Debeer and Rylee Rader who were named to the All-Tournament Team.

Coach Ron Kordes celebrated his 30th year coaching for Assumption this weekend. At the celebratory pep rally, Coach Kordes commended his team for having an undefeated season, going 43-0. This team goes down in history as being his third team to have an undefeated season. Libero, Karly Basham, said, “I can’t put into words how ecstatic I am. I’m so proud of this team.” 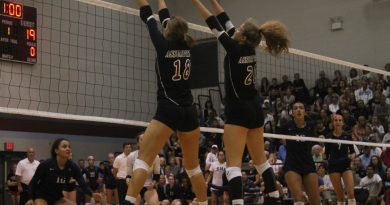