Due to the media, most people only know the country of France as a country filled with tall skinny men who wear a striped shirt, a red ascot, a black beret and whose vocabulary consists only of “hon hon hon,” “oui oui,” and “baguette.” It is easy to get lost in all the stereotypes full of Eiffel Towers and cheese, but with the help of this year’s French Week (November 5th-9th) it’s easy to learn a new fact about the beautiful country and intricate language.

Jennifer Shirley, Assumption’s very own French teacher, facilitates the week’s activities ranging from prayers said in French over the announcements, French music that will be played during locker break, and a trivia activity that students can enter for a chance to win an Orange Leaf giftcard!

“It’s a beautiful language and culture,” Shirley had to say. And it’s very useful to learn, too! “There are so many French speaking countries in the world that people do not even consider. Many countries in Africa speak French as well as Switzerland, Belgium, Luxembourg, and Monaco to name a few. French is the second language of the internet, the Olympics, and the European Union,” Shirley explained.

Though it’s great to celebrate French this week, it can be celebrated anytime! Assumption has its very own French Club that any student can participate in. Email Madame Shirley for more details.

It’s Your Time to Shine: What will your legacy be? 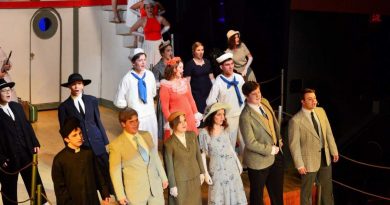 Setting Sail on the SS American 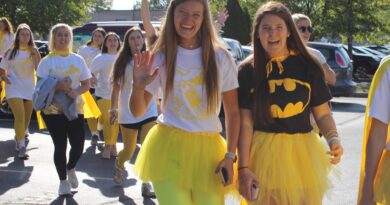