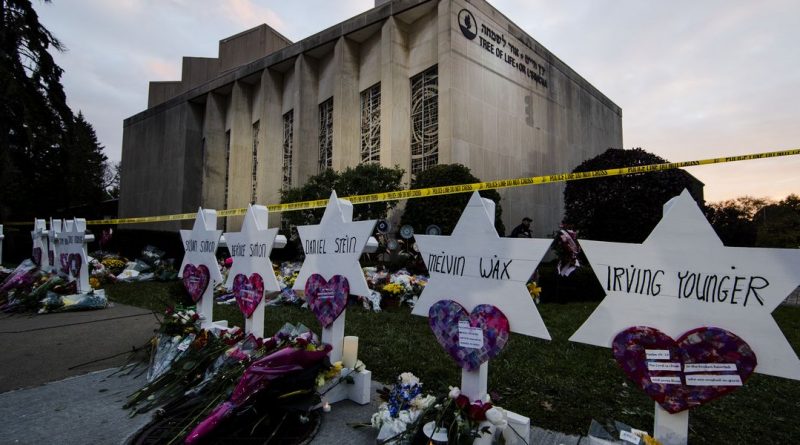 As brothers, Cecil and David Rosenthal, welcomed fellow worshippers into the Tree of Life Synagogue on Saturday morning. Tragically, the congregates did not realize that it would be the last time they would see Cecil or David alive, nor did they realize this would be the last time they would attend a service with Joyce Fienberg (75), Richard Gottfried (65), Rose Mallinger (97), Jerry Rabinowitz (66), Bernice Simon (84), Sylvan Simon (86), Daniel Stein (71), Melvin Wax (87), and Irving Younger (69). Worshippers gathered Saturday to welcome a newborn into their community, among other ceremonies set to take place that morning. The morning, however, took a horrific turn as the service began.  Robert D. Bowers entered the synagogue armed with an AR-15 assault rifle and three handguns. Witnesses report that Bowers (46) was yelling anti-sematic slurs as he slaughtered eleven people and injured four. FBI agent Robert Jones describes the scene that he was dispatched to as “the most horrific crime scene” that he’s seen in twenty-two years on the job.

The Tree of Life Jewish Synagogue is in the heart of the Squirrel Hill area of Pennsylvania, a largely Jewish community which is not alone in grieving this tragedy. On Tuesday, over two thousand people gathered in support of the victims and the Jewish community. They held signs promoting peace and love, such as “Pittsburgh rejects hate,” “No place for hate,” and “We love all our neighbors.” Protesters joined together in Jewish prayer, singing the Mi Shebeirach, prayer song of healing. They also said the Mourner’s Kaddish in memory of the Tree of Life victims, with arms wrapped around each other.

Many efforts are being made to help this community affected by the shooting. Multiple synagogues and community centers around Pittsburgh are offering grief counseling for those affected by the tragedy. Jewish communities all over the country are coming together in solidarity. For example, a synagogue in Rockville, Maryland was filled to capacity during a morning service on October 30th. Multiple donation websites have sprung up, including a verified GoFundMe for the Tree of Life Synagogue to help repair the damages to the building and to go to the families of both the victims and survivors. It is a trying time for those affected by Saturday’s events. However, the Squirrel Hill community is being backed by supporters all over the nation -even the world- to spread love back into their community.