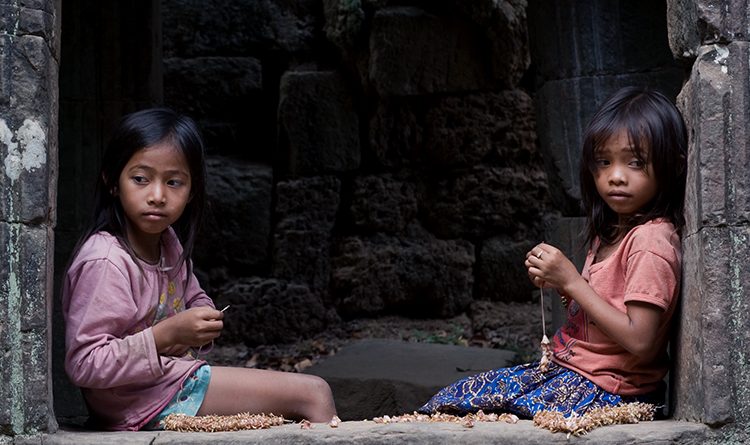 Cambodia has yet to crack down on the growing issues of human trafficking in the country. The Cambodia boasts of its beautiful, clay stone ruins that suggest the grandeur of the temples and buildings that have since fallen. These structures are surrounded by lush emerald green jungles with white sand paths that lead to deep blue waters blanketed with small waves. This nation rests along the Gulf of Vietnam, in Southern Asia bordered by Vietnam, Laos, and Thailand. Because of its beauty and mystery, Cambodia is a growing tourist attraction as it raises itself from its hellish past of mass genocide and corruption.

Cambodian officials, however, have not been able to get a handle on all moral dilemmas the country has faced, as Cambodia is a hot spot for human trafficking rings; the buying and selling of children as young as the age of five for factory labor, slaves, but most commonly: sex workers. This despicable industry is booming, even though Cambodian leaders have criminalized human trafficking in the country. In some cases, indigent families have sold their own children into the industry of sex slavery out of desperation. Unsuspecting children searching for jobs are lured to businesses and captured, to be sold into these trafficking rings. Victims are severely mistreated by starvation and extreme mental and physical abuse. Cambodia remains on a Tier 2 watchlist, as leaders fail to comply with certain international human trafficking laws. The country contains 15,000 documented prostitutes under the age of 16, which only accounts for 35% of the country’s sex worker trade. Business executives, politicians, foreign tourists, and high ranking military officers are among the most guilty of the exploitation of young children. December 12th was made “National Anti-Human Trafficking Day” by Cambodian leaders. International awareness is being raised about this growing issue, yet government leaders seem reluctant in implementing just punishments against offenders. On average, someone found guilty of sex trafficking will receive anywhere from a $12,000 fine to a 20-year prison sentence. 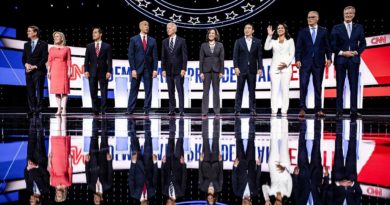 Fast Facts of the 2020 Presidential Candidates