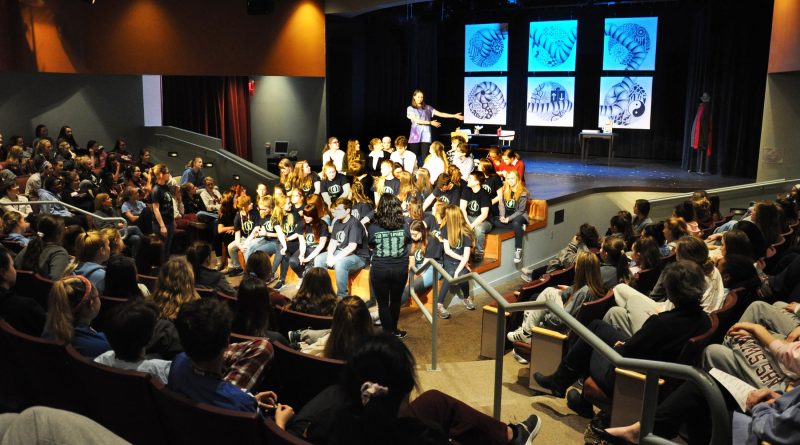 By Sarah Chung, Journalism I student

Dance numbers, singing performances, captivating dialogue, beautiful sets, high quality costumes, these are all defining characteristics of one of the crown jewels of Assumption, The Rose Theatre Company (RTC). But while every production looks practically flawless when it’s performed by the talented members of RTC, what does it actually take to produce just 1 of their 3 productions per year?

The Rose Theatre Company, while an Assumption based group, is open to students from all high schools. For the actors, auditions take place about 6-10 weeks before the production while tech sign-ups are sent out via email for students to sign up to apply. Connor Creek, a senior from St. X on Rose Theatre tech, describes it as “the backbone of [Rose Theatre].” At Assumption there seem to be 9 main branches of tech: costume, lighting, sound, props, publicity, hair and makeup, set, stage management, and social. Each of these branches has various roles all working together to create a production. When interviewing Danielle Granger, a freshman from Assumption, she discussed her experience on set crew of using power tools to cut pieces of wood to come together to create different parts of the set. Creek, also a member of set crew, discussed this and how they recently made boxes for the production of Mary Poppins.

Not every production will require the making of boxes, but there is a process that allows Rose Theatre to go from a simple idea all the way to a star-studded, finished performance. Doug Sumey, the theatre director, says that him and the heads (the leaders of each branch of tech) meet months before auditions are even held. Sumey will have already created a director’s concept which is the director’s interpretation of the text that determines how it will be brought to life. It primarily outlines which themes will be involved and how characters will be portrayed in the work. It also outlines the performance style of the production to give direction to the heads. He then gives the heads 2-4 weeks to complete the research and inspiration necessary to develop concepts for each branch. Sumey emphasized that this is student independent research, allowing the play to be more student run. The heads and Sumey then meet again after researching and share ideas with each other. Sumey then narrows down the ideas to better focus the play, or musical in the case of Mary Poppins. The heads then get 1 month to design their individual concepts for their branches, each of which will be unique. After they finish their designs, the heads reunite about a week and a half before rehearsals and create a build schedule, the time frame that each branch has to complete their work. Finally, after months of work, comes tech week which is essentially where most of the hard work is done, and now the students are simply perfecting and refining their individual parts.

While the process is time consuming and can be stressful, many don’t know or realize the wonderful work of tech and their vital role in producing shows. However there are differing opinions on this inequality of visibility. Creek believes there should be more recognition especially for the hard work tech does, but on the other hand Granger likes that she can still be a part of theatre without the spotlight the actors often receive. Sumey seems to align more with Creek, and while inequality does occur between the two groups, Sumey tries to make sure that tech is always shown that they are valued and appreciated. For example, during the curtain call at the end of each show, not only do the actors bow but all of tech go out on stage and bow in order to increase their visibility and give them a chance to share in the spotlight.

Although actor-tech equality may not be fully actualized yet, all of the students seem to enjoy their time in RTC. When asked what her favorite part of tech is, Granger said her favorite part is meeting new people and learning new things while Creek said his favorite part was simply building the set pieces. Not only do the students enjoy their time on tech, but Sumey enjoys his position, which he has held for 10 years. When asked what his favorite part of leading RTC he said he loves seeing the growth of the students as he works with them, learning how to work together and bonding. “The magic of the play is in the sense of community that brings us closer to home.,” says Sumey when talking about the production of Mary Poppins.

Rose Theatre tech is truly one of the more nebulous groups at Assumption, but while observing tech all that could be seen was smiles and laughter. This group is not closed off to the general public either. Both Creek and Granger would recommend Rose Theatre to their fellow peers, and Sumey firmly believes that there is a niche for everyone in RTC.

Assumption’s winter production, BLOOM, will be performing near the end of February. Tickets are not yet for sale, but will be available on the website showtix4u.com. 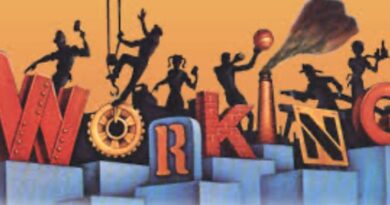 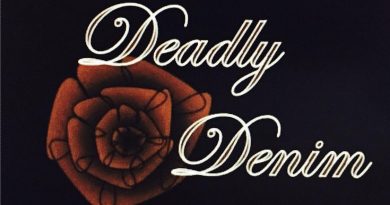 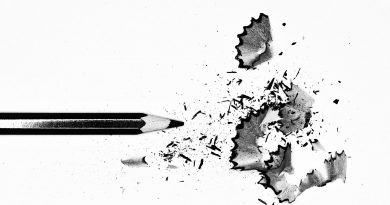