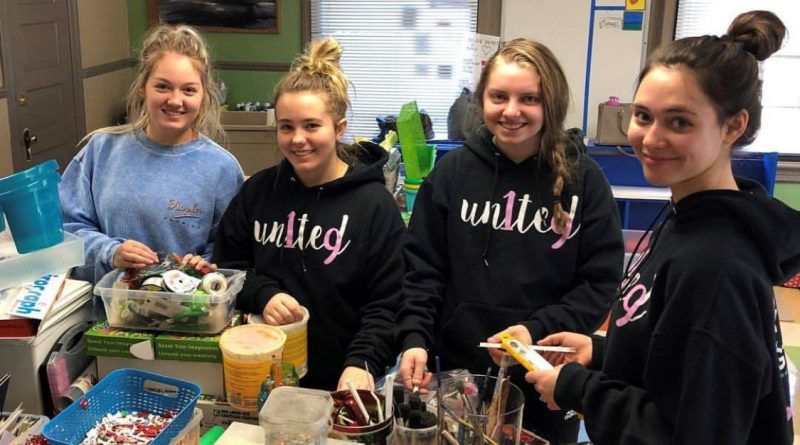 Mission Week at Assumption is always full of meaningful experiences and important lessons, so it’s no surprise that the Seniors that stayed here at AHS had a unique and memorable Mission Week. The Class of 2019 began their last Mission Week along with the rest of AHS on Day 1. But, on Tuesday, after many of their sisters departed for retreat or mission trips, the seniors at home had a day at the Assumption Green.

They began their day learning about dating violence from a talk given by a Police Detective, then had break-out sessions with small groups to discuss and regroup after their intense morning. Then, they moved on to making several tie-blankets, that would later be donated to Family Scholar House that week. Chic-Fil-A, mac and cheese, and cookies were served for lunch as the ladies geared up for the last half of their day, where they would attend three sessions in groups. One session involved a panel of alums, where the current seniors could ask questions about college, the next session was led by Ms. Hall and Mrs. Schum, with a powerpoint on dorm décor, then a DIY craft, and lastly the seniors enjoyed a moment of relaxation in a yoga session led by Mrs. Passafiume.

On Wednesday and Thursday of Mission Week, our seniors went their separate ways to six different service agencies around Louisville. There, they did volunteer work for the different agencies for a few hours. It was another rewarding and (somewhat) exhausting for these members of the class of 2019.