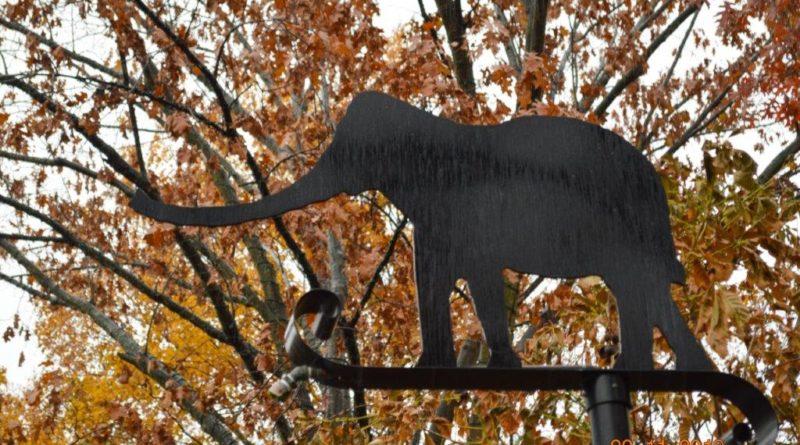 The Smithsonian’s National Zoo in Washington D.C. is a nationally accredited zoo visited by roughly 2 million people a year (Smithsonian’s). Elephants face some of the most health risks from being held in captivity, so many zoos are held under close watch to see how they are treating their animals.

The Smithsonian’s National Zoo is home to seven elephants, ranging in ages from 29 to 71. Of these seven elephants, six are female. Along with viewing the animals, there are many educational opportunities for visitors to take advantage of. These include signs and activities throughout the exhibit. There are also daily training demonstrations for visitors to observe at the Elephant Outpost. These demonstrations highlight the elephants’ natural and learned behaviors. Rebecca Riley is an Animal Keeper in the elephant exhibit and discussed the elephant exhibit and how they are working to protect the species (Smithsonian’s).

The Association of Zoos and Aquariums (AZA) is an organization that maintains standards for elephants in captivity. The AZA is a nonprofit organization which works towards conservation, education, science, and recreation for zoos and aquariums. If a zoo meets the AZA’s standards, they can gain accreditation from the organization (Evans). The Smithsonian’s National Zoo is an AZA accredited zoo. As of 2010, the AZA accredited less than 10% of zoos in the US (Evans). According to the Smithsonian’s National Zoo website, elephants are “provided with everything they need to survive and thrive, including first-class medical care, dedicated nutrition plans, training sessions, exercise and enrichment.” The zoo has started a campaign, known as “Elephant Trails,” to save this endangered species from extinction. Elephant trails allow visitors to experience sights, sounds, and smells of elephants over many generations (Smithsonian’s).

A study published in the journal Public Library of Science shows that elephants thrive when they gather their own food and have connections with other elephants. It found that if those factors are not present, it can impair the elephant’s mental state and prevent them from carrying out basic functions, like reproduction. This confirms what zookeepers have suspected for years. This leads to new insights about the anxiety and depression that elephants may suffer from when put in unnatural circumstances (Worland). However, the Smithsonian’s National Zoo recognizes how important social interaction is for elephants. Everyday elephants either socialize with a keeper, like Rebecca, or other elephants. While they are not gathering their own food, the elephants have the opportunity to train with a keeper every day. These sessions provide a way for elephants to challenge themselves, as well as get exercise. Sessions may include: keepers cueing elephants to present their trunks, feet, ears, shoulders and rear ends to the keepers for a close inspection (Smithsonian’s).

The effect of zoo captivity on 35 species of carnivores was studied by Ros Clubb and Georgia Mason of Oxford University. They found that because elephants roam over large territories in the wild, they are likely to experience health, behavior, and reproductive problems in captivity. It is believed that these animals are traumatized by a lack of roaming space (Evans). However, the Smithsonian’s National Zoo has the potential to house 8-10 elephants and is currently only housing seven. According to the Smithsonian’s National Zoo website, the elephant habitat has “ample” space for them to move around (Smithsonian’s).

Zoos across the world are now feeling the heat from animal activist groups and are attempting to better the habitat of elephants for the sake of their business. They are stuck trying to strike a balance between education, entertainment, and conservation. While many may be finding this difficult, the Smithsonian’s National Zoo has many programs that benefit the lives of the elephants. Their oldest elephant, Ambika, is 71 years old which is a comparable lifespan to those in the wild. You can visit the Smithsonian’s National Zoo 364 days a year with free admission (Smithsonian’s).

At Assumption, a piece of our mission statement is “Compassion Inspires”. Wherever you stand on the debate of elephants in captivity, here are some resources of ways you can support elephants. 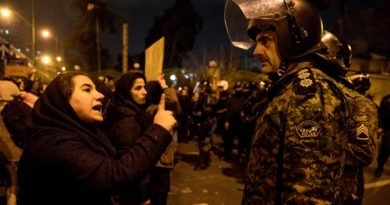 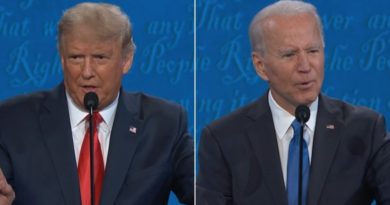 The 3rd and Final Presidential Debate