Last week, the Duke and Duchess of Sussex both announced on Instagram and their website that they plan to “carve out a progressive new role within the institution” and to “step back as ‘senior’ members of the Royal Family.” Prince Harry has not removed himself from the line of succession and he and Megan remain senior royals. Their reasoning is to become financially independent while still being able to support the Queen. The couple also wanted to distance themselves from the strict rules and traditions that come with the royal crown. In order to continue supporting the Queen, the couple plans on launching “a new charitable entity.”

They plan on splitting time between North America and the United Kingdom. In a statement from Buckingham Palace, they said that it will take time, but they understand the couple’s wishes. The Duke and Duchess also have a strong connection to Canada as the Duchess lived there for years before entering the Royal Family. It has also been speculated that the two will spend time with Meghan Markle’s mother in California.

There are speculations about where the couple will accumulate an income. However, they trademarked the name “Sussex Royal” for their foundation. The application included: books, periodicals, stationary, charitable campaigns, sports services, counseling services, as well as clothing. Harry has inherited money from his mother and grandmother while Meghan has earnings from her acting career. They do not receive a salary for being part of the Royal Family, but they are given an allowance from royal sources. 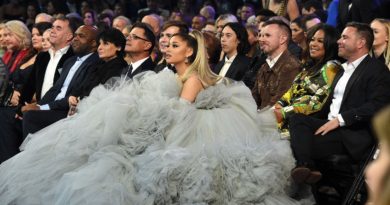 A Night to Remember