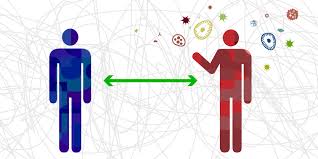 On April 3rd, a man strangled a teenage girl from not praciticing social distancing during the COVID19 outbreak.

A video of the assault went viral on social media platforms such as Reddit or Instagram. It occurred in the local neighborhood of Norton Commons, Louisville KY. The video shows John Rademaker, a Kentucky doctor, harassing a group of teenagers. He cusses at the kids and doesn’t stop even after they said “were leaving, lets not cuss at each other.” He points at a girl on the ground and says, “this a**hole right here” and walks towards her. As he does, he pushes multiple girls out of the way then proceeds to choke the girl on the ground to the point where she is gasping for air and wheezing. When watching the video, you hear the other girls begging him to get off of her. The group of teenagers start to run leaving some of their belongings with the man.

Rademaker was charged with first-degree strangulation and three counts of harassment a few days later. He was also put on administrative leave and held in jail while the investigation of the attack is continued.

When talking with one of the teens at the attack she said “It was genuinely due to social distancing. We all knew each other and were saying hi to because most of us accidently saw each other. The two people that were harassing us walked over from their house at the public park and starts cussing at us. It was weird because he was already fired up before talking to us. What you can’t see on the video is my friend was shoved on the ground by the women. Rademaker then goes and strangles her.” She continued to say “He had no remorse when chocking this tiny girl. He puts both of her hands on her and starts strangling her. She was gasping for air, coughing, screaming. I ripped his hand off her and she is wheezing.”

The girl strangled was checked out by EMT and is now physically recovered.

This is just one example of someone being attacked during this scary time and raises the point of everyone needing to get through this not opposed to each other but working with each other. It is obvious that we need to do our part with participating in social distancing but its also obvious that we never need to be harming each other. During these trying times we need to work together. The authorities offered no further comment on the situation except for if you see someone not social distancing, you should not take matters into your own hands. Instead, contact the proper authorities to solve the issue.

Interview with a witness