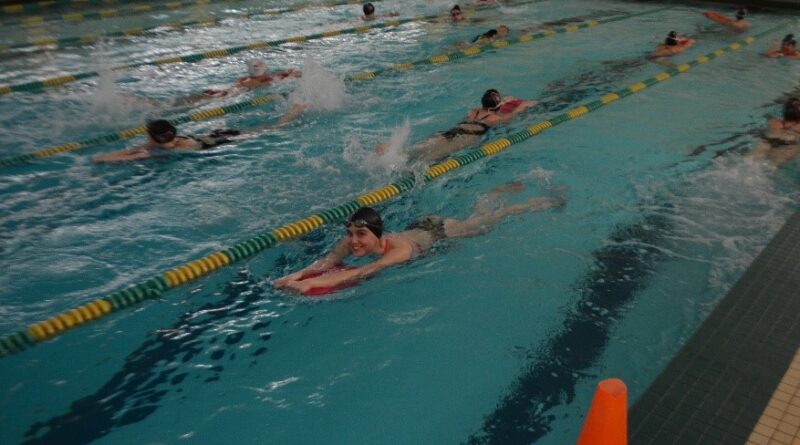 The 2020-2021 Assumption Swim season has been a roller coaster so far filled with ups and downs. Originally, the season was supposed to start the first week of October. However, tryouts were unable to begin until mid-November due to the Covid-19 pandemic. Each potential swimmer had 2 days of tryouts, either on Monday/Tuesday or Wednesday/Thursday to limit contact with each other. After tryouts, practice began for the team on November 23rd. Unfortunately, practice was canceled after November 25th. After three days of practice, the season was being pushed back again, and the team wasn’t able to practice until December 15th. 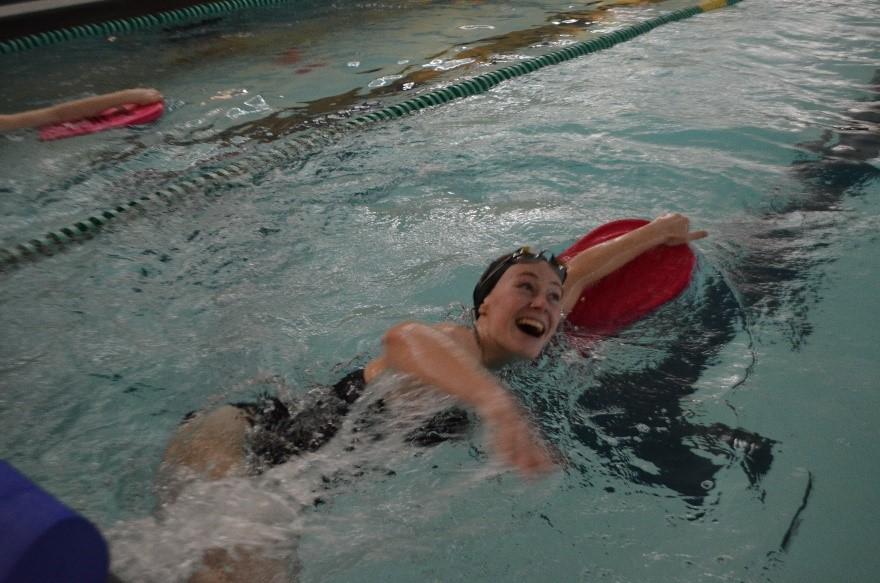 Fortunately, the team has been practicing since December 14th! They have practices Monday-Thursday, and most members get to practice 3 or 4 days of the week. The team practices at the St. Xavier pool. It is a 6-lane 25-yard pool. During practice, each lane has 4 swimmers: one on the shallow end wall, one at the shallow end flags, one at the deep end wall, and one at the deep end flags. This ensures that everyone is 6 feet apart during practice. The swimmers wear their masks until they are in the water. Unfortunately, it would be difficult to swim with masks, so they put them in a plastic bag on the side of the pool until practice is over.

This season has been very different from what it usually looks like. So far, the team has not had any swim meets, but they are hopeful that there will be a few in the upcoming months. Senior Captain, Grace Larkin, said, “I think the most difficult change of swim this season is not being able to do fun things out of swim with my teammates. In a normal swim season, we would get together to do fun things like carve pumpkins or have a team dinner, but this season, we only see each other at swim. Even there, we are separated so it’s hard to get to know my teammates!”

The team is trying their best to stay positive about the season and is so excited for the next few months! Sophomore Landrey Sipes said, “Everyone is adjusting great and are we are working very hard in order to be ready for when our meets come around. We work hard during practices but also have a great time, and I can’t wait to see what the rest of the season brings us!”

Through the Eyes of Team Pink 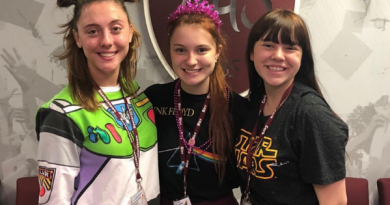 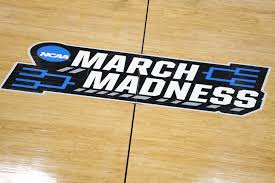