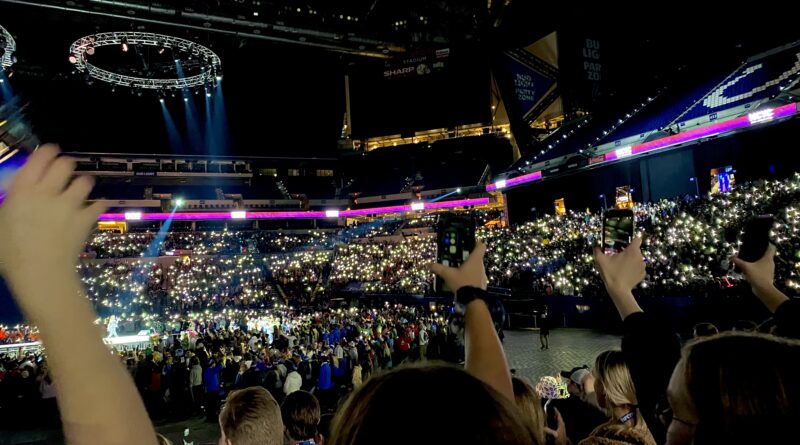 “Ablaze!” “Enciende el fuego!”  On November 18th thousands of Catholic high school students across the country travelled to Indianapolis for the National Catholic Youth Conference (NCYC) and yelled out these phrases. The conference allows high schoolers to experience fun, fellowship and faith with other youth their age from all 50 states. This year was no different as many Assumption students discovered through the life changing three days.

NCYC allows youth to experience their faith in new, exciting ways. To kick off the conference, a concert was held in Lucas Oil Stadium the first night with Lecrae, the singer of the hit song “Coming in Hot”, as the headline act. The fun didn’t stop there, as during the following two days many breakout sessions were held for the youth to go to. The breakout sessions were like Tedtalks, ranging in topics from “Heaven & Hell and other Hot Topics” to “Trusting a God You Can’t See.” The sessions also included live music. Senior, Anna Koeberlein, noted the magic these live bands gave to each breakout sessions, “…sometimes the lead singers would step back from the microphone, and the sound of the crowd filled the air. It was beautiful just hearing how many people from so many different backgrounds were all singing to the same God I believe in.”

Fellowship, in addition to all the fun, is a big part of NCYC. Many of the participants bring “tradables” – small items to swap with other participants from different states. These items can range from bracelets with sand from California’s beaches in them to cheese necklaces from Wisconsin. In addition to the tradables, everyone wears crazy hats. Within the three days, many participants traded their hats 4 to 5 times constantly swapping with others. The purpose of the tradables and hats are to instigate fellowship and allow the youth to meet Catholics just like them from all over the country. In addition to all the trading, the act of clothes pinning people circled throughout the conference. It became like a game for participants to put a clothes pin on a random unsuspecting person’s backpack or hat. Sweet messages, Instagram’s, or State names were written on the pins.

While fellowship and fun are a large part of NCYC, it is faith that is at the core of the event. Experiencing adoration and mass along with 10,000 other Catholics the same age is surreal and life changing. Rather than being held in a traditional church, these events were held at Lucas Oil Stadium. Having adoration and mass on such a large scale created energy that was electrifying and renewing. Hearing 10,000 other teenagers sing and proclaim the same words of faith gave prayers that had become tedious, a whole new life.

NCYC is an unforgettable, lifechanging experience for all who attend. Senior, Allison O’Donnell, says that, “If you are wavering in your faith or just want to encounter God’s love in a way that I can’t even describe, then NCYC is for you. Every single person you meet is willing to talk to you and ultimately they want to see you grow in your faith.” The next conference will be held in November 2022 in Long Beach California. If you are interested in attending, you can reach out to your Church’s youth group, and prepare to have your heart set ablaze! 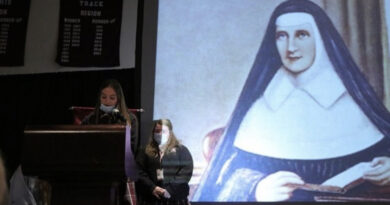 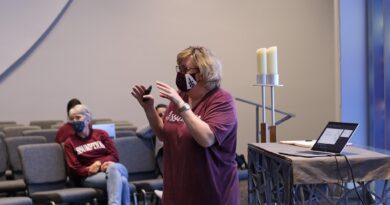