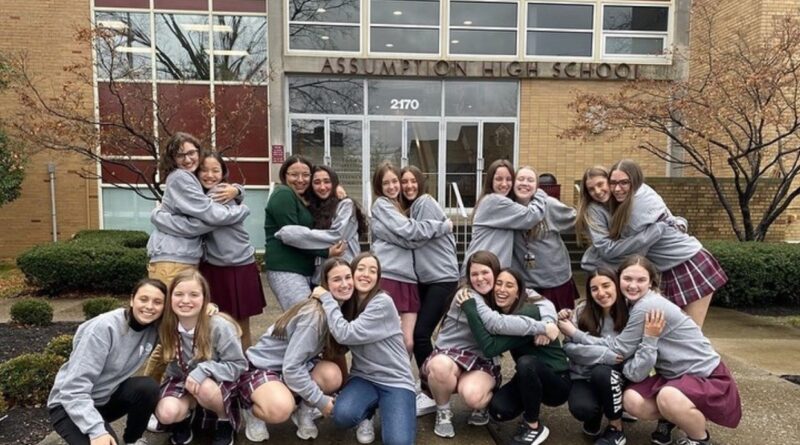 As many know, Assumption is a Sisters of Mercy school. The Sisters of Mercy’s critical concerns are well known to Assumption students, as well as the legacy of Catherine McAuley. But what many may not know is that there are several other Sisters of Mercy schools – including one in Argentina called Santa Ethnea. Assumption has engaged in exchange programs with Santa Ethnea, though this school year with the COVID-19 pandemic, this has looked a little different. This year, students in AP Spanish 5 are participating in a virtual project with students from Argentina. Abby Lamkin, a senior in AP Spanish 5, describes the project. “My assignment was to create to a presentation about a problem concerning one of the critical concerns of mercy. We worked together to find a group that does work related to it and create a power point.” For this project, the Assumption girls worked in groups with students from our ‘sister school.’ Abby also added that this was her favorite part of the project – getting to talk to the Argentine students in real time over Zoom.

Senior Anna Koeberlein also participated in this project. During the 2019 exchange, she hosted her Argentine exchange student, Valen, who came to Assumption with her for a few weeks. She accompanied her to classes, and they went on trips and did fun activities together. Anna was supposed to be a part of the group of students who went to Argentina later on, but she was unable to because of the pandemic. Anna went into more detail about what it was like doing their project. First, they started getting into their groups at the beginning of October. She worked with fellow Assumption senior Teresa Curry and two students from Santa Ethnea, Ivo and Andy. “I liked getting to talk to the exchange students again and getting to know them more. Valen was in my class, so I got to see her over Zoom. I didn’t really know Ivo and Andy, who were also in the exchange previously, but I got to know them,” said Anna about working with the Argentine students. They began by getting to know each other with an icebreaker – ‘Two Truths and a Lie’- and talked about the Sisters of Mercy. Then, Anna said they created a WhatsApp group chat to be able to communicate internationally. Each group was tasked with talking about a specific environmental problem and researching a company that is helping to solve that problem. Each group was researching an environmental issue because the environment is one of the critical concerns of the Sisters of Mercy.

According to Anna, the groups wrote scripts about their topics (Anna’s group researched plastic pollution). They found a company that was working towards decreasing plastic pollution called 4ocean, which makes bracelets and other apparel from recycled materials. The groups had some room to decide for themselves what they want to research and where to look, allowing them more time to talk to each other. This was Anna’s favorite part – she said, “That’s the nice thing about Spanish; there’s a lot more flexibility with projects in class.”

Though this year may look different with the exchange program, thanks to Zoom calls and the Sisters of Mercy, Assumption students were still able to interact with the Argentine students. 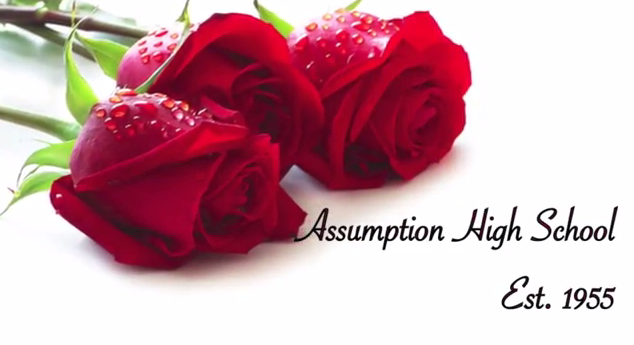 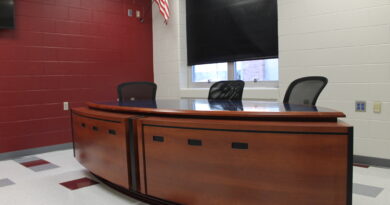